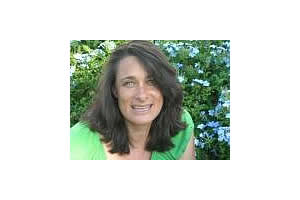 What’s in a chemo “cocktail”? A lot more than just chemotherapy drugs, I discovered. I also learned that you might not need — or want — every ingredient.

My story is proof that you can always do your own research and have a conversation with your doctor about whether a medication is truly necessary.

Last year, I was diagnosed with invasive ductal carcinoma (IDC), Stage 2. IDC is the most common form of breast cancer, affecting 232,340 women in 2013, according to the American Cancer Society. Because my tumor was close to the skin and near my nipple, I was unable to have a lumpectomy so instead had to have my entire left breast removed.

When the surgical pathology came back positive for cancer in 3 out of 9 related lymph nodes removed, my oncologist Mary M. Li, MD, PhD, of Florida Cancer Specialists in Spring Hill, said I would need a full course of chemotherapy and the maximum dose of radiation to the area to kill any remaining cancer cells and to prevent a recurrence.

Dr. Li described the regimen that I would follow: 4 rounds of the most common breast cancer chemotherapy cocktail, consisting of Adriamycin (doxorubicin) and Cytoxan (cyclophosphamide), with each round spaced 3 weeks apart; followed by 12 weekly infusions of a chemotherapy drug called Taxol (paclitaxel). I agreed to start immediately.

What’s in That Cocktail?

Upon my first infusion, I learned that my cocktail would include a lot of additional drugs hanging in those bags next to the chemo drugs. They would be given on the days following chemotherapy to help combat side effects, such as nausea, lack of appetite, pain and inflammation.

But before the chemo infusions even started, another drug popped out at me when the insurance navigator at my doctor’s office handed me a $25 co-pay card for a drug called Neulasta (pegfilgrastim). Neither my doctor nor anyone else had previously mentioned the drug, leaving me to resort to “Dr. Google” to find out exactly what it does.

I quickly learned that Neulasta is a “colony stimulating factor” given to certain breast cancer patients whose chemo drugs suppress their immunity. (My chemo drugs fit that category.) Neulasta would increase the bone marrow production of leukocytes, a type of white blood cell responsible for immune function. Both the American Society of Clinical Oncology and the National Comprehensive Cancer Network Clinical Practice Guidelines in Oncology recommend the Neulasta injection with every chemo cycle to guard against a serious infection manifested by a high fever called febrile neutropenia.

But when looking at the patient criteria indicated on the Neulasta website, I noticed that the drug is recommended for cancer patients over the age of 65. It is also suggested for patients who have additional medical conditions such as diabetes and liver, heart or lung diseases; those who have previously been treated with strong chemotherapy or radiation; and those with stage 4 cancer or an already weakened immune system. None of these conditions described my own.

Upon further investigation, I discovered that Neulasta was among the top 10 best-selling drugs, with nearly $3.6 billion in revenue from July 2013 to July 2014 according to research firm IMS Health. I wondered how a drug given only to cancer patients could generate so much in sales. (By comparison, OxyContin, a narcotic pain reliever available to the general population, tallied only $2.5 billion during the same time period.)

I also wondered how much Neulasta would bill my insurance company while I was shelling out a mere $25 co-payment. The insurance navigator said the allowed amount my insurance plan would pay per injection was $4,917.42 — an exorbitant sum for a drug I didn’t think I needed.

Then there were the scary side effects. Though rare, some of Neulasta’s serious side effects include acute respiratory distress syndrome (ARDS), severe allergic reactions and fatal splenic rupture. The scariest one for me, however, was the more commonly reported reaction: bone pain. In the drug’s clinical trials, conducted in 2002, the incidence of bone pain was reported in 26% to 37% of patients, with fewer than 5% reporting severe pain. But in a more recent study involving 510 patients in clinical practice and published in the Journal of Clinical Oncology, 59% of patients reported pain and 24% reported severe bone pain, which is pain greater than 5 on the 10-point scale.

Bargaining With My Doctor

I definitely didn’t want additional bone pain and didn’t feel I was in the indicated patient group, so I asked Dr. Li if I could skip the shot. She explained that cancer patients with a low white blood cell count are prone to infection, and those with fever above 101° F (oral) are usually hospitalized. We discussed the risk of bone pain versus the benefit of protection from fever, and Dr. Li agreed that — °since I was in a lower risk group, being young (age 47 at diagnosis) and previously healthy — we could begin my chemotherapy without the Neulasta and see how my body responded. If I developed a low-grade fever or a dangerously low white blood cell count, Dr. Li would give me a daily shot of Neupogen (filgrastim) to avoid a trip to the hospital. Neupogen, the predecessor of Neulasta, is a shot given daily; while a shot of Neulasta lasts the entire 2 to 3 weeks between chemo cycles.

My chemo friend Janet Wolofski, 57, who has health issues beyond breast cancer, accepted Neulasta and its side effects as just another part of her treatment —  as do most patients. “If it’s part of the treatment, then I’ll take the shot,” Wolofski says. “Anyway, they have me on so many different medications and chemo drugs that I’m not sure which one causes my bone pain.” It’s true that many chemo drugs also have bone pain as a side effect.

I wondered if other oncologists would allow their cancer patients to opt out of Neulasta, given that the drug is routinely prescribed as part of the chemo protocol. So I reached out to noted oncologist Rishi Sawhney, MD, of Valley Medical Oncology Consultants, in San Francisco. He says, “I understand the side effects of Neulasta can be scary, so I would work with any patient who wanted to decline it if they are not in the indicated group of patients.” He mentioned that younger cancer patients, such as myself, are generally more alert to their health status and apt to seek help if an emergency fever spiked. But he did warn, “Fever sustained above 101° F in a cancer patient with a low white blood cell count must be immediately hospitalized and treated as it can turn quickly into septic shock.”

Dr. Sawhney also told me that growth-factor drugs such as Neupogen and Neulasta have revolutionized chemotherapy. “Chemo used to be an in-patient process 15 to 20 years ago, so we could monitor white blood cell counts and fever. Without these drugs, we couldn’t have cancer patients walking in, out and about as safely as they do today,” he says.

I am happy to say that I am now done with chemo. But during my 6 months of treatment, Dr. Li monitored my white blood cell counts closely through weekly blood tests and continued to let me forgo Neulasta. (During the first 3 months, I made a separate trip in to get the tests.) The good news? I never once got sick with a fever nor suffered what could have been the harmful side effects of the drug.

As I said, my story is proof that you can always do your own research and that you can have a conversation with your doctor about whether a medication is truly necessary. You can discuss whether there is a wait-and-see approach, a lifestyle change or a less-expensive medication that could have the same or a more long-lasting effect. Neulasta wasn’t necessary for me, but it may be for you. The important thing is to do your own research and be your own advocate when it comes to understanding your medical condition — and the drugs you are prescribed.

Naomi Mannino is a Tampa, Florida-based freelance journalist who reports on health and medical news, research and technology. Follow her on Twitter @naomimannino.

Naomi Mannino is a Tampa, Florida-based freelance journalist who reports on health and medical news, research and technology. Follow her on Twitter @naomimannino.